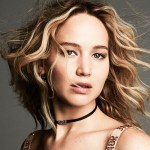 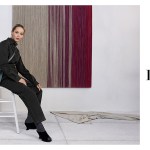 Jennifer Lawrence has many foot-in-mouth, embarrassing moments, but her most recent joke actually came off extremely offensively. Read the comment below and let us know — should she issue an apology?

Jennifer Lawrence is known for her great sense of humor but her latest joke fell flat — and many are demanding an apology. She’s done many controversial things before that have come off disrespectful  — like flipping off the camera after winning the Oscar in 2013! And now, her recent joke definitely offended many, since it was about a “rape scream!”

“I broke out my rape scream for you,” Jen, 23, was reportedly heard saying at the party at Eden Roc on May 19. Apparently, she was talking about how excited she was when she first met director, Alfonso Cuarón. However, people overheard her words, and they were not happy.

Jen, who is known for her jokes, has not commented on the backlash she’s been receiving — she doesn’t have a Twitter account to comment on and HollywoodLife.com has reached out to her publicists.

Here are a few fan reactions:

Jennifer Lawrence throwing around rape jokes is depressing news to wake up to. I mean, COME ON. “I don’t have a filter” isn’t cute anymore.

However, not everyone was angry with Jen that night — she actually met Justin Bieber for the first time.

“I want to meet Bieber!!” Jen was overheard saying at the party, according to VanityFair.com. So, meet him she did. The two chatted for a little bit, but were not photographed together because she turned down all photo requests. She wanted to meet Justin as if they were “real people” — which totally makes sense.

What do you think of Jen’s comment, HollywoodLifers? Should she apologize? Or should people let it go? Let us know!