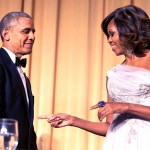 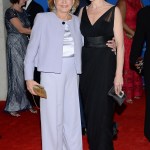 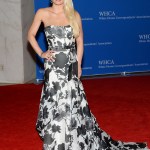 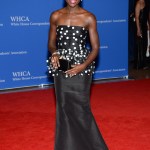 U.S. President Barack Obama delivered a series of jokes directed at the media during the White House Correspondents’ Dinner, May 3. But why really had people falling out of their seats were the jokes he directed at himself.

President Barack Obama, 52, has always been known to deliver a good laugh or two but on May 3 at the White House Correspondents’ Dinner he delivered a whole speech full of jokes — most of which were directed at himself.

President Obama stepped to the podium in commanding fashion at the dinner like he always does but this time he seemed more like a stand up comedian.

“At one point, things got so bad the 47 percent called Mitt Romney to apologize,” he said, referring to the horrible gaffe made by the former 2012 presidential candidate.  Mitt had made comments, that were secretly taped, referring to 47 percent of Americans having become reliant on government handouts.

More than 2,000 guests packed the ballroom of the Washington Hilton that night. The annual event is unique in that it gives celebrities and politicians a chance to rub elbows for one night. The 2014 edition of the dinner marks the 100th year of the event!

The host of this year’s dinner was Community star Joel McHale. He had his own brand of humor for the night poking fun at the Obamacare website not working and a few other Obama faults.

Some of the notable celebrities in attendance at the dinner were Oscar winners Lupita Nyong’o, Robert de Niro, Zooey DeChanel, and Sofia Vergara.

HollywoodLifers, what did you think of President Barack Obama’s hilarious jokes during the White House Correspondents’ Dinner? Let us know.