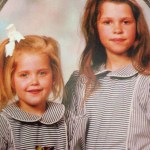 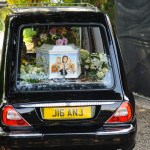 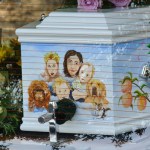 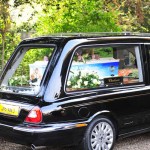 Police have confirmed that heroin played a major role in the untimely death of Peaches Geldof, echoing her mother Paula Yates’ tragic accidental overdose in 2000. Police are also confirming that the young mother of two was found by her husband, Thomas Cohen, slumped over in a spare room.

Peaches Geldof, 25, has likely died of a heroin overdose, according to a new report from police on May 1. This tragedy is eerily similar to her own mother’s accidental death just 14 years earlier.

On May 1, police confirmed in a court hearing that heroin played a role in the death of his daughter, Peaches.

“Recent use of heroin and the levels identified were likely to have played a role in her death,” DCI Paul Fotheringham of the Kent and Essex Serious Crime Directorate read during the hearing.

The original postmortem report claimed that the cause of Peaches death on April 7 inside her Kent home was “inconclusive.” Another report also suggested that Peaches suffered from severe heart problems, claiming doctors had warned her to change her lifestyle before it was too late.

However, there was early speculation that Peaches died of an accidental heroin overdose before an autopsy was performed.

Peaches mother, Paula Yates, also suffered from a heroin addiction which lead to her tragic and accidental death at the age of 41 in 2000. Peaches death echoes that of her mothers, especially because she to has two young children who were present inside the home at the time of her alleged accidental overdose.

In an eerie coincidence, just hours before her death Peaches shared an old photo with her with her late mother on her now-deleted Instagram.

During the hearing, Officer Fotheringham also revealed that it was Peaches husband, Thomas Cohen, who found her body slumped over in a spare room of their Kent home.

According to the new police report read in court, Thomas called his mother for help before calling the authorities. Sadly, it was too late for Peaches to be saved by anyone.

The new report also confirmed that their son, Phaedra, just 11 months old, was home at the time of Peaches death. She also made a call to an unidentified friend just hours before her tragic death.

Our condolences continue to go out to the Geldof and Cohen families.