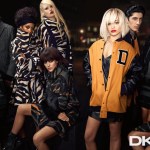 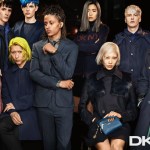 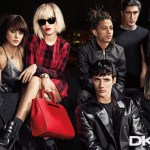 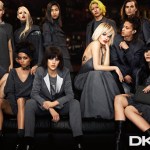 Good answer, Rita! The Brit singer and Jay Z have long been victims of hookup rumors, but when she was asked about them in a radio interview on April 23, Rita silenced the whispers once and for all. Read on to watch her interview!

Rita Ora is not going to entertain those pesky Jay Z affair rumors anymore — for her benefit, but especially for Beyonce‘s. The sexy 23-year-old singer gave quite a revealing interview on April 23, dishing on her boyfriend Calvin Harris and her past with Rob Kardashian to Power 105.1’s “The Breakfast Club.” But the most intense part of the interview came when the DJs asked Rita about the rumors that she’s hooked up with Jay.

Rita snapped, criticizing the “Breakfast Club” hosts for perpetuating the rumor just by bringing it up.

“Don’t you dare disrespect Beyonce like that ever again in your entire life,” the Brit singer said. “You should know better than that… that’s just straight up disrespect. You can’t even go there.” Wow! Looks like Rita knows who the boss of the pop world is!

Talk of a hookup between Jay Z and Rita has been bubbling for years. Jay signed Rita to his Roc Nation label in 2009, and reports came out claiming that Rita had exchanged sex for a record deal. The two also appeared at Jay Z’s Made in America music festival in 2012.

But way to go, Rita. This has to be the best way to respond to affair rumors — she realized that the whispers hurt Beyonce just as much as they hurt her.

As we said, Rita also opened up about the rest of her love life. Though she usually shies away from commenting on her relationship with Rob Kardashian, which ended after a short while in 2012 and resulted in Rob going on a Twitter rant and saying that Rita cheated on him “with nearly 20 dudes,” the Brit singer didn’t dance around the question on “The Breakfast Club.” “It was a bit where I was like ‘Really, dude?'” Rita said. “But what I think is that people react to things differently and like to express their feelings in certain ways.”

Rita is clearly wise beyond her years.

She also gushed about her current boyfriend, fellow musician Calvin Harris. “I think [he’s] ready for us to go away together, I haven’t been away with him in a long time,” Rita said. “I want to take my weave out, so it will be nice to spend some quality time.”

What do you think, HollywoodLifers? Do you like how Rita responded to the question? Do you believe her? Let us know!