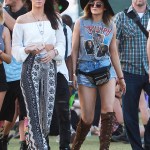 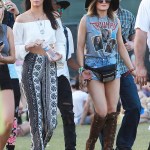 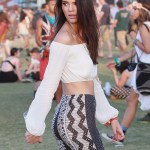 With an unfollow on Instagram meaning what it does in today’s world, it looks like Sel and Taylor’s “Story of Us” may be over. So sad! Could their status as BFFs really be over?

Fans smelled something seriously fishy when they began noticing that former superstar soul sistas, Selena Gomez and Taylor Swift were no longer following one another on Instagram. Considering that Selena also recently stopped following Kendall and Kylie Jenner, it really does seem like the “Come & Get It” singer is going through some kind of friends-cleanse. We hope she’s okay!

There’s no denying it’s been a tough year for 21-year-old Selena. Her on-again, off-again boyfriend (Justin Bieber) was caught in a brothel, her BFF, Taylor, offered her a Justin-or-me ultimatum, and she went to rehab — basically a lot of seriously hard stuff for anyone to handle, magnified by a thousand by being so young and living in such a hot spotlight. All this drama seems to be taking a toll on her friendships — even the best ones. Selena and Taylor have been separated for months now, and Sel made the shocking decision to befriend Kendall Jenner, who dated Taylor’s ex Harry Styles. A true betrayal.

Though no betrayal may loom larger than Selena unfollowing Taylor on Instagram. Fans began noticing on April 21 that the two singers/friends were no longer on each other’s friend lists.

After posting to her Insta account about “Growing Pains” on April 21, taken directly from Mary J. Blige‘s album of that same name, it’s clear that Sel is going through some heavy stuff at the moment.

While we understand and can relate to what Selena is going through, we are not sure that shutting out her girlfriends is the best way to deal with these growing pains. And while it’s true that Taylor did essentially make Selena choose between her or Justin, the unfollow seems to symbolize that Selena made her choice and is taking it all the way.

But T-Swift isn’t the only chica that got booted from Selena’s Instafriends. After seemingly enjoying herself with Kendall and Kylie Jenner at Coachella, Selena deleted her photos of the Coachella trio off her account, and unfollowed both of the KUWTK youngest sisters.

While this may mean nothing, it does seem a bit suspicious, considering she is also done following Tay. Instead of choosing sides, it almost seems like she’s isolating herself.

We wish Selena all the best in this difficult time, but we also send out a heartfelt warning — don’t stray from those closest to you, in times of need those are the people that matter most.

What do you think of these unfollows, HollywoodLifers? Let us know!