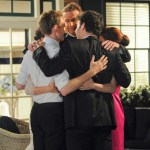 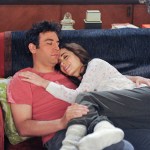 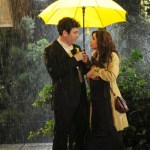 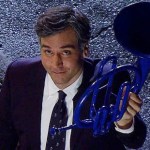 Ted finally met The Mother in the legen — the wait is over — dary ‘HIMYM’ series finale on March 31. But that’s not all — fans also found out the shocking fate of Ted’s future wife after it was hinted that she may have actually been dead the entire time. Are YOU happy with how the nine-season-long saga ended?

It’s the end of an era. The long-awaited series finale of How I Met Your Mother aired on March 31 and it was filled with laughter, tears and multiple shocking twists! In short, it was everything we dreamed it would be and more. Spoiler alert! If you haven’t seen the final episode of HIMYM, do yourself a favor and stop reading now.

‘How I Met Your Mother’ Finale — Does The Mother Die In Final Episode?

What a season it has been! We’ve watched and waited — sometimes not so patiently — as Marshall (Jason Segel), Lily (Alyson Hannigan), Barney (Neil Patrick Harris) and Robin (Cobie Smulders) (pretty much everyone BUT Ted) met The Mother (Cristin Milioti). But on tonight’s finale, the moment we’ve all been waiting for was finally unveiled. After nine years of bad dates, blue horn red herrings, and left-at-the-alter blues, Ted (Josh Radnor) finally met the woman of his dreams, and it was love at first sight!

It really seemed like every episode of HIMYM‘s nine-season run was leading up to the fated, magical moment when Ted and The Mother finally met under THE yellow umbrella at the train stop after Barney and Robin’s wedding.

Ted later told his children that he had a revelation when he first met their mother: “I have to love this woman as much as I can for as long as I can and I can never stop loving her, not even for a second.” He said he carried that moment with him every day — especially when she got sick.

Yes, we’re sorry to say that the shocking theory that The Mother was actually dead by the time Ted told their kids the story of their first meeting was in fact true. The Mother  — whose name was revealed to be Tracy McConnell — really did get sick and tragically die. We’re still picking up the pieces of our broken hearts here at HollywoodLife.com. But never fear — HIMYM wouldn’t be HIMYM without surprising its loyal fans one last time — or six or seven last times.

If the past nine years of Ted’s epic HIMYM story seemed long for us, imagine how his poor kids must have felt. When Ted finally wrapped up his almost decade-long saga with the words, “And that, kids, is how I met your mother,” they were just as suspicious as we were. Why would you have told us about all this other stuff if it was really just the story of how you met our mother, they asked.

And that’s when the truth hit us like a blue horn to the head. Ted may have loved Tracy deeply but the real love of his life was right under his — and our — nose all along.

“This is a story about how you’re totally in love with Aunt Robin and you want to ask her out,” Ted’s daughter, Penny, exclaimed.

That’s right, HIMYM fans. Ted ends up with Robin. Robin, the woman he loved from day one. Robin, who was happily married to Barney for all of three years before getting divorced (another shocking reveal in the finale).

Ted tried to deny it but the kids said they were totally cool with their dad moving on (way cooler than we are right now). “Mom’s been gone for six years now,” Penny revealed. “It’s time.”

With that, Ted made his way over to Robin’s apartment, and after nine years of long-winded babbling, he said everything he needed to say without uttering a single syllable. Robin looked out her window, and there was Ted, standing in the street and holding up the blue french horn that he stole for her in the very first episode of HIMYM. And that, folks, is how Ted finally got his happy ending.

HollywoodLifers, are YOU happy with the series finale of HIMYM? Share your thoughts in the comments below!

More ‘How I Met Your Mother’ News: