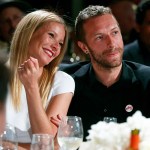 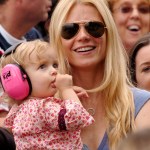 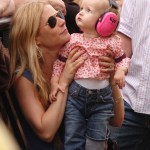 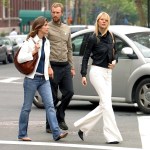 Gwyneth Paltrow and Chris Martin have officially separated after ten years of marriage, the actress and her husband wrote on Gwyneth’s website Goop on March 24.

In a joint statement, Gwyneth Paltrow and Chris Martin have posted on her website, goop, that they have officially decided to separate. The parents of Apple, 9, and Moses, 7, wrote a heartfelt statement which they titled “Conscious Uncoupling” explaining their decision to part ways.

They had their first child, daughter Apple Blythe Alison Martin, in May, 2004. Their second child, son Moses Bruce Anthony Martin, was born in April, 2006.

Below is the full statement that the couple posted, titled “Conscious Uncoupling,” accompanied by a sweet photo of the pair:

It is with hearts full of sadness that we have decided to separate. We have been working hard for well over a year, some of it together, some of it separated, to see what might have been possible between us, and we have come to the conclusion that while we love each other very much we will remain separate. We are, however, and always will be a family, and in many ways we are closer than we have ever been. We are parents first and foremost, to two incredibly wonderful children and we ask for their and our space and privacy to be respected at this difficult time. We have always conducted our relationship privately, and we hope that as we consciously uncouple and co-parent, we will be able to continue in the same manner.

“My husband makes me laugh every day. He is hilarious – he could have been a comedian, but he keeps it under wraps. He can laugh me out of a bad moment just like that,” Gwyneth told The Daily Mail in March 2013 when she opened up about her miscarriage. Revealingly, perhaps foreshadowing what was to come for the couple, Gwyneth also told the outlet:

“Regardless of what happens in our marriage, I chose the best father. He is so good to the children, and to know that you had kids with such a good man is like a real weight off you. We are committed co-parents, we make all the decisions together and we lean on each other for support as well.”

In the same vein, Gwyneth also once told Glamour UK in their June 2013 issue that “it’s hard being married. You go through great times, you go through terrible times. We’re the same as any couple.”

“[Gwyneth and I] were at a dinner party one night and this girl was asking for advice and Gwyneth is an amazing advice giver.

“The woman was saying, ‘I got into a big fight with my husband and I got home and I wanted to scream and yell,’ and Gwyneth was like, “whatever you’re doing, just do the opposite. Just go at him with love and you give him [oral sex].'”

It sounds like Chris and Gwyneth clearly shared a deep connection and did all they could, but that this separation was also a long time coming.

Gwyneth reprised her guest role in Glee as Holly Holiday for two episodes March 18 and March 25, and just wrapped the filming of Mordecai, a film opposite Johnny Depp. Meanwhile, Coldplay is scheduled to release their six album, Midnight in May, and Chris is set to join The Voice as a mentor for three weeks beginning March 31.