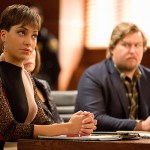 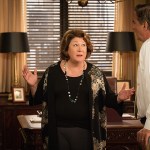 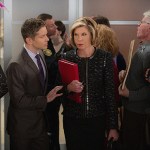 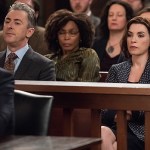 Fans of ‘The Good Wife’ were totally shocked by the March 23 episode when a series regular was shot. However, it turns out that the reason for our broken hearts is that the actor wanted to leave!

On the March 23 episode of The Good Wife, we thought we were watching Teen Wolf — after all, a series regular was heartlessly killed off by a stray bullet, and it turns out that the actor wanted to leave the show! Fans were not prepared. Read on to find out who was killed and why, but SPOILERS are ahead, obviously!

There was nothing more shocking than Will Gardner (Josh Charles) being shot by his client, Jeffrey Grant (Hunter Parrish) on last night’s episode “Dramatics, Your Honor.”

The shooting was totally senseless, and while we were holding out hope that Will would make it through, it wasn’t to be. Seeing his pale, ashen face on the hospital bed was totally heartbreaking, and even Kalinda (Archie Punjabi) burst into tears. (To be honest, that’s what set us off more than anything.)

The reason for Will’s shocking exit, however, is because actor Josh Charles chose to leave the show and that “it wasn’t anything bad” but that “creatively, [he] was just ready to move on to the next chapter,” he told TVLine in an exclusive interview. (Teen Wolf‘s Crystal Reed basically said the same thing, and we are equally upset that murder is the go-to write-out option for TV writers!)

‘The Good Wife’: Josh Charles Wanted To Be Written Out

But hey, what do we know? Josh went on to tell TVLine’s Michael Ausiello that he was “very supportive” of the choice to kill of Will, and that it was “really powerful and strong and shocking.” Well, he’s not wrong, but… we are forever bitter about this.

However, for those fans that are still smarting over the loss, the writers of The Good Wife will help you transition — Will Gardner will be on next week’s episode, “The Last Call,” and Josh had this to say on his final episode:

“Will’s presence is deeply felt in [next week’s episode]. And the script is extremely powerful. The shock is in Episode 15, but Episode 16 is where you see the ripple effect of how everyone is taking the news. Reading the script was very hard for me. The scenes between Alicia and Diane… it really broke me up reading it. It was beautifully written and crafted and I was thrilled to be a part of it. There’s a moment at the end of the episode where Alicia is dealing with her memory of the day that it happened… Let’s just say that there was a phone-call moment that I had [which was] the last piece of real acting that I did on the show, and that was a very emotional moment for me. I think we did about five or six takes. And as each take progressed, I found myself getting more and more emotional, because I realized this is the last time I’d be talking as this character. This emotion came from some sort of deep place inside of me. And I had to kind of contain it somewhat. But that was when it hit me. That moment was one I will remember for a long time.”

Oh, our poor, broken hearts. We don’t even want to imagine what Alicia’s reaction will be.

What did you think of Will Gardner’s shocking exit, HollywoodLifers? Be honest: did you cry? And will you definitely cry when we see Alicia’s reaction to the news next week? Vote and comment below!