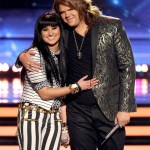 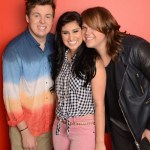 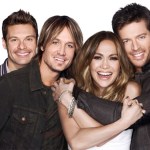 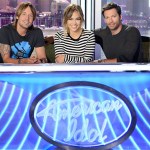 Another Thursday, another ‘American Idol’ elimination. Find out who got eliminated — and made Jennifer Lopez cry — and who’s making it through to the Top 9!

We’ve got a pretty talented group in the American Idol Top 10, but unfortunately, it’s Thursday — which means that it’s time for somebody else to go home. Keep reading to find out about who’s going through to the Top 9 — doesn’t have nearly the same ring to it as the Top 10 — and tell us if you agree with America’s choice on the March 20 results show! We don’t think that Jennifer Lopez did…

At the top of the show, Ryan Seacrest is taking selfies with the audience. I like to think that Ryan has an iPad in the attic of his huge mansion where his real image is displayed and he is actually an old man, like a modern-day, more evil Dorian Gray.

Does Randy Jackson‘s commentary on the contestants’ performances remind anybody else of Matthew McConaughey‘s character in Dazed & Confused? Older guy hanging around a high school, trying to recapture the glory days? Anybody? Too mean?

Jessica Meuse is safe. Dexter Roberts is in the bottom. Malaya Watson is safe.

Next up, Jennifer Lopez performs her new single “I Luh Ya Papi!” Go here to read all about her top-notch performance — I am multi-tasking tonight! Don’t you want to help me out as I hustle?

Alex Preston is safe. He’d better be! I want him to win. (OK, him or Jena.) Majesty Rose is in the bottom. Caleb Johnson is safe.

Taste Makers time! Royal Teeth are Harry Connick Jr.‘s pick — they’re from Louisiana and they are singing “Wild.” Fun facts: they’ve been in formation since 2010, their debut album was released in August 2013, and they haven’t been featured on as many TV shows as past Taste Makers performers — their biggest TV hit was on Last Call With Carson Daly in March 2013. This was a really fun song! Hopefully this will give them the exposure they need to get to the next level.

CJ Harris, Jena Irene, and Sam Woolf are safe. MK Nobilette is in the bottom.

Between Majesty Rose, Dexter Roberts, and MK Nobilette, MK received the fewest votes and is in the bottom.

To try and convince the judges to use their save, MK sings John Legend‘s “All Of Me” — which, as you’ll recall, she sang during Rush Week. Jennifer is teary-eyed and looks like she is about to burst into tears at any moment — she seems to be vehemently trying to convince Harry and Keith Urban to save her. However, it does seem like she’s doing that every week. Is now the right time for the judges to use their save?

Jennifer, when prompted by Ryan for their decision, looks at Harry beseechingly. It looks like he may be the holdout that kept them from using their save, because MK is going home. This is going to upset a loooot of people — we know that MK has a hugely supportive fanbase, but this is not the first time that she’s received a small share of the vote.

So, HollywoodLifers, what do you think? Should MK have gone home? Vote above and comment below!