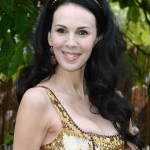 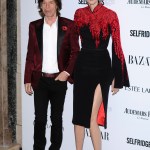 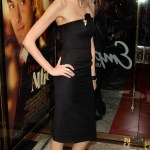 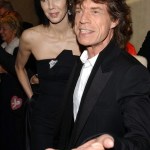 The Rolling Stones have called off their Australian and New Zealand tour, in light of the death of Mick Jagger’s girlfriend, L’Wren Scott.

L’Wren Scott‘s sudden suicide has shaken up Hollywood, and Mick Jagger is reeling in the terrible news. This morning, HollywoodLife.com reported that The Rolling Stones had cancelled their show Wednesday night, March 19, but now, the band has called off their entire tour. So sad. Keep reading for more details.

Just hours after The Rolling Stones announced the cancellation of their Wednesday, March 19, show in Perth, Australia, the band cancelled the entire leg of their Australian and New Zealand tour. This news, of course, comes in the wake of the tragic passing of Mick Jagger‘s longtime girlfriend, famed fashion designer, L’Wren Scott.

“The Rolling Stones are deeply sorry and disappointed to announce the postponement of the rest of their 14 ON FIRE tour of Australia and New Zealand following the death of L’Wren Scott,” Mick Jagger’s rep Victoria Scarfone said, in an official statement on March 18. “Mick Jagger, Keith Richards, Charlie Watts and Ronnie Wood wish to thank all of their fans for their support at this difficult time and hope that they will fully understand the reason for this announcement.”

L’Wren was found dead in her New York City apartment, on Monday, March 17. The fashion designer allegedly hanged herself from a scarf on a doorknob in her Chelsea home. She was found unresponsive by her assistant, and the police confirmed to HollywoodLife.com that she was announced dead on arrival, when EMS arrived.

Mick Jagger is completely “devastated” and “shocked” by the news of his longtime girlfriend’s suicide, and was spotted at Coco’s restaurant in Perth, Australia, looking extremely heartbroken, on Tuesday, March 17.

Our hearts go out to all of L’Wren’s loved ones, including longtime boyfriend, Mick Jagger.