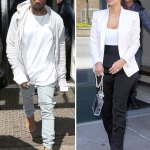 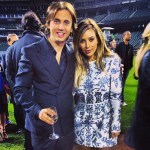 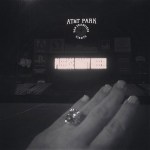 Kim and Kanye are just a few months away from tying the knot in France and HollywoodLife.com has confirmed that their wedding is pretty much set and guests have been notified!

Get ready to head to France for the wedding of the year! Kim Kardashian and Kanye West‘s wedding plans are well underway, in fact, everything is pretty much done, according to Us Weekly. This includes having set a date of May 24 and HollywoodLife.com confirmed that this really is the date! Plus, you better believe, E! cameras will be there every step of the way.

Not only have they set a date but they’ve told guests to get ready to fly out several days before. What’s so important about their date? Reportedly, astronomers believe there will be a meteor shower that night, fitting for their spectacular wedding.

Kim and Kanye have spent plenty of time in Paris over the past several months, and Kanye is reportedly the one calling all the shots — he’s a groomzilla.

Kim spilled some top secret details to Ryan Seacrest about the upcoming nuptials and said that Kanye wants a “super small” and “super intimate,” ceremony.

“We realize we want it to be smaller and more intimate than people are imagining and thinking,” Kim said.

Nothing is really “simple” when it comes to Kimye, so we will just have to wait and see. But lucky for us, it’ll all be filmed for KUWTK.

HollywoodLifers, do you like that they’re marrying in Paris instead of LA?