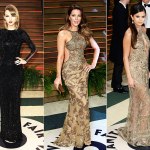 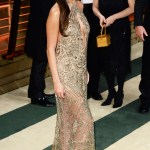 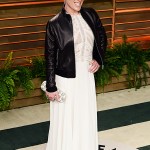 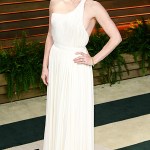 Broadway baby Idina Menzel made her Oscar debut on March 2, with a gorgeous rendition of ‘Let It Go’ — the chart-topping hit from the animated Disney flick ‘Frozen’ — that will surely have everyone talking.

Idina Menzel has been wowing Broadway crowds for decades with her award-winning roles in plays like Rent and Wicked, so needless to say her longtime fans were not surprised when “Let It Go” topped the charts following the release of Idina’s hit movie Frozen. Oscar nominee Idina took the stage at the Academy Awards to belt out her hit; surely earning numerous new fans in the process!

Wow. That’s basically all one can say when Idina takes the stage, whether it’s at the Oscars or on the Broadway stage.

After an introduction from John Travolta that featured a reference to Idina’s star-making role in Wicked (as well as a ridiculous mispronunciation of her name), Idina performed “Let It Go” from the Disney hit Frozen — which won Best Animated Feature Film earlier in the night — in a gorgeous, nude-pink gown that truly made her look like a princess.

To be honest, it was clear within seconds why Idina’s performance was saved for last — her voice is mesmerizing, her stage presence is captivating, and the song itself is completely inspirational. She needed no backup singers, no dancers, no flair… her voice truly said it all. After she sang, the entire Dolby arena erupted in applause and gave her a standing ovation that was greatly deserved.

What did you think of Idina’s performance, HollywoodLifers? Did it do the version from the film justice? If you haven’t seen Frozen, did it make you want to? Let us know your thoughts in the comments!