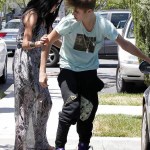 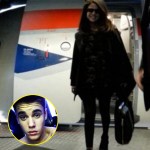 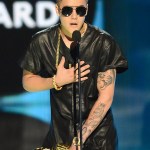 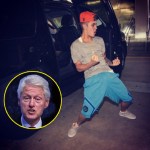 It was no accident that Selena ended up having a romantic night out in London with Niall on Feb. 16. In fact, her bestie Taylor set up the whole thing, a source tells HollywoodLife.com EXCLUSIVELY. How sweet!

Now that’s what friends are for! Selena Gomez has been having a difficult time since splitting with Justin Bieber so Taylor Swift decided to take drastic measures to make her friend smile. The romantic Red singer played matchmaker for her BFF and One Direction hottie Niall Horan, a source reveals EXCLUSIVELY to HollywoodLife.com.

We wish we had a bestie like Taylor — you know, one that would help us hook up with hot rockstars! Selena can thank Taylor for her One Direction date, a source tells HollywoodLife.com EXCLUSIVELY.

“Taylor is the one that set Niall and Selena up. Selena has been having such a hard time moving on from Justin, and Taylor hates seeing her sad,” the source reveals. “She’s been trying to set her up with a bunch of different guys but Niall was the only one so far that Selena got excited about.”

How cute! We don’t blame Selena for getting excited about Niall — we’d be just as eager to hang out with the British babe!

We told you one of the reasons Selena wanted to go on a date with Niall was to make Justin jealous. And we bet Justin will be extra bothered once he hears that Taylor was the one behind the hook-up!

“One thing he will not like is when he finds out that Taylor Swift set this all up because he hates her with a passion,” another source reveals EXCLUSIVELY to HollywoodLife.com. “She has always been the problem when it comes to the success or failure of his relationship with Selena.”

Wow, we know that Justin and Taylor don’t get along, but we don’t think he can blame her for all his problems with Selena.

What do you think, HollywoodLifers? Is Taylor the reason that Justin and Selena aren’t together anymore? Let us know!