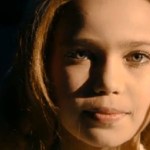 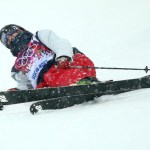 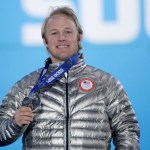 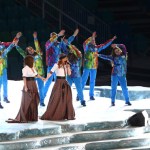 After a disappointing showing at the US National Championships, figure skater Ashley Wagner got a bit of redemption during the team short program on Feb. 8. But not even her great performance could outdo her 15-year-old Russian opponent — and all you have to do is see the look on Ashley’s face to know how she felt about it!

The Winter Olympics are great for many things, but nothing quite matches the drama of figure skating. There were two standouts during Day 1 of the team events in Sochi on Feb. 8 — the comeback story of U.S. skater Ashley Wagner and the coming out party for the Russian 15-year-old phenom, Yulia Lipnitskaya.

There was a ton of pressure on Ashley heading into the Winter Games, as many stated that she didn’t even deserve to be on the U.S. team after a poor performance at the national championships in December. But she used the criticism as fuel and redeemed herself with an amazing solo short program.

Her total score of 63.10 was enough to ensure that the United States team would advance to the final round.

But Ashley officially became a real American hero by taking the torch from the “not impressed” McKayla Maroney with her facial reactions. Ashley first looked thrilled when she stepped off the ice after her program. But after she saw her score, which was good but not great, she started shooting death stares and confused looks at the judges.

Cameras also caught her mouthing “bulls**t” to a teammate. Way to represent, Ashley!

However, the real star of the day was a girl who looked like she was still in grade school. Yulia Lipnitskaya is actually 15 years old though, and the baby-faced skater made a huge statement during her solo run, making sure everyone knows that she should not be underestimated.

With a slew of perfectly executed twists and spins and unbelievable grace and flexibility, the young’n dominated the solo program with a score of 72.90. She’s been a big part in propelling the Russian figure skating team to first place after two days of the team competition, but more importantly, she’s asserted herself as the front-runner for when the solo competitions commence starting on Feb. 19.

Yulia’s youth and unparalleled talent has many comparing her to Oksana Baiul, the Ukrainian skater who won gold at the 1994 Winter Olympics at the age of 16.