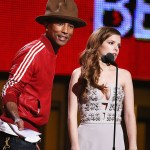 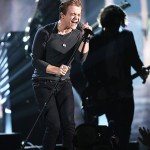 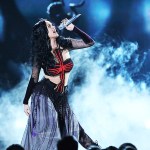 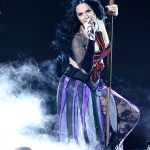 Beyoncé’s sexy performance at the 2014 Grammys was so hot that tons of concerned parents and outraged fans took to Twitter during the live primetime broadcast to call the diva’s act was way too risqué for family TV! Do YOU agree? Vote below!

Beyoncé and Jay Z opened the 2014 Grammy Awards with a too-hot-to-handle performance of their song together, Drunk In Love. Parents and fans slammed Beyoncé for showing off her (undeniably flawless) body in a sheer bodysuit and thong as the power couple showed major PDA during the performance, calling the show “disrespectful,” and “too sexy” for the primetime TV broadcast.

Beyoncé was slammed on social media during her provocative Grammys performance for not being a great role model for young children.

“Sorry Beyoncé!!! Class ALWAYS wins! It wins for our children. Sad day when our kids can’t even watch the Grammy’s! #Puzzled,” one viewer tweeted amidst a whirlwind of concerned parents.

‘It’s a sad day when our kids can’t even watch the Grammys’: Parents slam Beyoncé for over-sexualised 8pm performance.

Beyonce’s performance was too sexual… I had to put my kids to bed early….. So I can twerk with the Queen Bey

Lots of fans showed their support for Beyoncé’s routine, claiming that young kids should not be watching the Grammys anyway.

Other fans supported Bey’s performance overall, but agreed that her sexy routine should have started later in the show so she would not be the primetime TV opening act:

Anyone else think that Beyonce’s strip tease could have been delayed till later in the show – till after kids went to bed??

What do YOU think, HollyMoms? Do you think Beyoncé’s performance was too risqué for primetime TV?