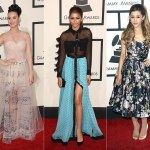 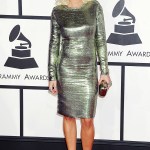 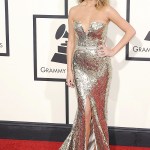 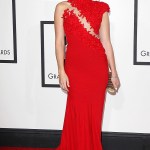 Katy Perry definitely lit the stage on fire at L.A.’s Staples Center with her performance at the 56th Annual Grammy Awards! She gave a magical performance of her brand new hit, ‘Dark Horse,’ that almost looked like it was straight out of ‘American Horror Story: Coven.’

With two Grammy nominations for her hit song Roar, we were a little surprised Katy Perry didn’t perform her hit song on Jan. 26! Instead she took on Dark Horse, one of our favorite new tracks, featuring Juicy J. She gave her song a super spooky spin with a witch theme — what did YOU think of her performance?

Katy definitely knows how to put on a show! She looked absolutely stunning in a spider web-like top and skirt with a glowing red chest piece when she took on her hit song, Dark Horse, at the Grammys! With her proud beau, John Mayer in the audience, we were half expecting him to jump on stage and sing “Who You Love” with her!

Katy even went so far as to sexily dance against a witches’ broom like it was a pole after Juicy J cleared the stage to showcase his rhymes!

Nominated for Song of the Year and Best Pop Solo Album at the Grammys for her “Roar,” Katy must have been more excited than ever to perform her newest hit with Juicy J– it’s been such an amazing year for the 29-year-old singer!

The singer started celebrating for the big night on Jan. 24 when she headed to the House of Blues for the Grimes concert at the Skullcandy and RocNation pre-Grammy party where Rihanna and Lorde were also hanging out.

Did you like Katy’s performance, HollywoodLifers? Let us know!