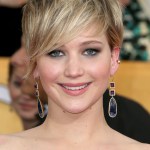 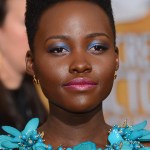 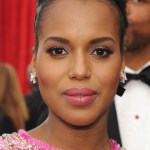 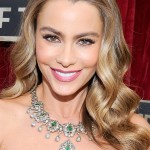 Margaery is showing off an edgy new look! At the SAG Awards, the actress stepped out on the red carpet with half a shaved head! Do you love or loathe the look? Vote!

Game of Thrones may not have won for Best Ensemble at the  2014 Screen Actors Guild Awards, but star Natalie Dormer may have won for most shocking hair cut! When she hit the carpet on Jan. 18, she wow’d us all showing off her hair in a french braid — and half of her head was shaved!

Natalie Dormer Shaves Half Her Head

Natalie, 31, wore a stunning white gown out of Marios Schwab’s Spring 2014 collection, but we were busy looking at that hair!

Natalie Dormer On ‘GoT’

She shaved half her head and with the part of her hair she did still have, she had french braided in the back.

“The hair department of MockingJay did it and I love it,” she told E! News on the carpet.  “A little trepidation but I was excited.”

She did the haircut to prep for her role as Cressida in the third installment of The Hunger Games.

“It’s been hidden for three months. It happened back in October. I was, you know, waiting for the right moment,” she told EW. I’ve never shaved my head before. My man has his head shaved, so… I’d rub it and think, ‘This is gonna be me!'”

While she said she would do a “full Anne Hathaway,” ie. a pixie cut, she was actually happy she decided to go with the edgier look.

“Francis Lawrence, the director of Mockingjay, and I discussed it and I took the job on the premise that I would possibly [have to] shave my whole head,” she told EW. “I’m actually really pleased that we went halfway because I think it’s more the Capitol… and that’s where Cressida comes from. She comes from the Capitol, so she’s got a stylized thing going on and now she’s turned rebel. I think it’s right for the character.”

In Game of Thrones, Natalie wears a wig for her character Margaery, so she said she may keep the new style!

We’ve got to say we absolutely loved it — she even accessorized that lonely ear with a stunning 18-karat blackened white gold diamond ear cuff by Diane Kordas.

What do you think of her new do, HollywoodLifers? Do you love or loathe it?