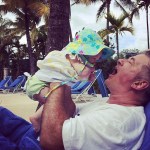 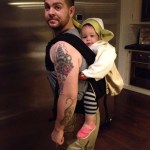 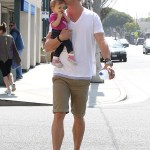 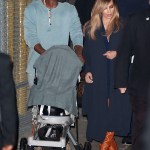 The ‘Rush’ actor and his beautiful actress wife are expecting twins together in the spring, shortly before their daughter’s second birthday!

Chris Hemsworth and his wife Elsa Pataky aren’t just adding one more baby to their adorable family: they’re expecting twins, Chris’ rep confirmed to HollywoodLife.com. Their two new additions will join the couple and their daughter India Rose, 1, in spring 2014!

Chris and his wife are expanding their family even more rapidly than we thought: they’re expecting twins!

Elsa is in her third trimester and is due to give birth right before their daughter India’s May 11, 2013 birthday, reported Hola!

Chris Hemsworth: Parenthood ‘Brings Out The Child In All Of Us’

“My wife thinks I am [a good father],” Chris told Parade about his family. “I love it. It’s the greatest thing I’ve ever been a part of.”

Chris has been involved in so many blockbusting film projects, like Thor and Snow White and the Huntsman, but his daughter is always on his mind, and he credits her as one of his biggest accomplishments. “When I am at work, she’s what I’m thinking about, and when I’m not at work, she’s who I’m hanging out with!”

Adding twins to the family will literally double the fun! “I think [parenthood] brings out the child in all of us,” Chris explained. “That’s what’s so beautiful. It reminds you of the fascination you had with things, and how you can spend hours just being with someone. It’s amazing.”

Congrats to the happy family!

What do YOU think, HollyMoms? Are you excited Chris and his wife are having twins?