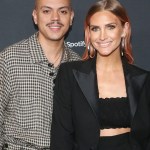 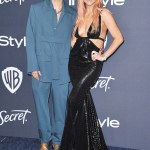 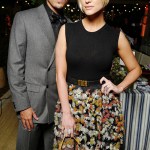 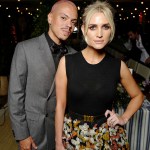 Ashlee’s fiance, Evan Ross, enlisted jeweler of the stars, Neil Lane, to craft his bride-to-be’s gorgeous sparkler! The result? A vintage-inspired, one of a kind creation that Ashley loved!

When Evan Ross decided to take the next step in his relationship with Ashlee Simpson, he enlisted the talented Neil Lane to design the perfect engagement ring — and the result was simply breathtaking!

When the couple broke the news on Twitter with a picture, it was hard to make out the gorgeous, intricate detailing of Ashlee’s brand-new-bling — but you can feast your eyes on the stunning sparkler above! The five-carat ring, set in platinum and gold, is made up of over 140 white diamonds that are accented by small rubies. The inspiration for the vintage-looking ring came from an item in the designer’s archive collection that featured a marquise-cut diamond surrounded by small rubies.

“Evan was really, really sweet and he was looking for something beautiful, a unique ring that said everything: love, romance, beauty, character. He didn’t want anything traditional,” the designer told People. “When he saw it, his eyes widened and that was it,” says Lane. “But that was only the beginning.”

Although the designer was working under a time crunch to get it ready in time before the couple jetted off to Hawaii, the ring came out exactly as Evan imagined it! “Evan was blown away when he saw it!” the designer said. “It was non-stop until the last minute when Evan picked up the ring last Friday, but it was worth it. It’s one of the most beautiful rings I’ve ever done.”

Evan wasn’t the only one who loved the new sparkler — his bride-to-be was thrilled at the unique creation. “She was overwhelmed! Oh my God, they are so in love,” said the designer, who spoke to the happy couple following the proposal.

We love the unique design of Ashlee’s ring and think it’s perfect for the star! Do you agree?