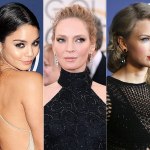 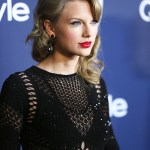 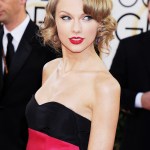 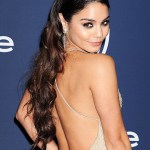 We were totally obsessed with Reese Witherspoon’s hair and makeup at the 2014 Golden Globes — we chatted with her hair stylist and makeup artist to bring you her exact look!

Reese Witherspoon, 37, looked edgy and cool, while staying sophisticated at the Golden Globe Awards, held in Beverly Hills, Calif. on Jan. 12. Get the exact step-by-step on her look below!

Celebrity stylist Renato Campora gave her a modern look with a classic twist.

STEP 2: He then sprayed L’Oréal Paris Advanced Hairstyle Sleek It Iron Straight Heatspray ($4.99) on her damp hair as he blew it out.

STEP 3: To achieve a super straight and geometric effect, he used a flat iron on her dry hair and finished with the L’Oréal Paris Advanced Hairstyle Sleek It Strand-Smoother Serum Spray ($4.99) to add shine, tame frizz and fight flyaways.

Reese’s Natural & Neutral Makeup — The How To

Mai prepped the skin with La Praire Skin Caviar Luxe Cream and applied Fresh Sugar Lip Treat to her lips. Then she used a foundation brush to apply Laura Mercier Foundation Primer, ($32) all over Reese’s face.

She then applied NEW Laura Mercier Smooth Finish Flawless Fluide Foundation (COMING FALL 2014) using a BeautyBlender Sponge. Mai tells us: “I love how the natural, matte texture of this foundation melts into the skin, leaving it smooth and flawless.”

For her soft, neutral lip look, she used Laura Mercier Rouge Nouveau Weightless Lip Colour in Play, ($24) as a base and then applied Laura Mercier Lip Glacé in Bellini, ($24) on top.

Mai wanted to make sure her sexy but understated eye look was the focus of the makeup. She mixed Laura Mercier Caviar Stick Eye Colours in Sand Glow and Cocoa, ($26/each) and applied the color from the inside of her eyelid, blending it towards the outer lid.

Then, she applied Laura Mercier Illuminating Eye Colour in Fire Glow, ($24) on the entire lid, from lash line to crease. She then blended using a brush.

On the outer crease, she used Laura Mercier Illuminating Eye Colour in Earth Glow, ($24) for depth.

To make her eyes really pop, she lined her eyes with Laura Mercier Kohl Eye Pencil in Brown Copper, ($22). Her lashes looked long and dark with two coats of Laura Mercier Long Lash Mascara in Black, ($24).

Do you love Reese’s hair and makeup look at the Golden Globes, HollywoodLifers?