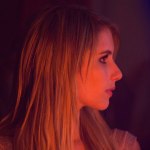 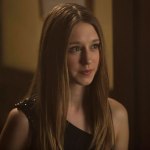 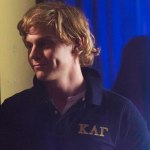 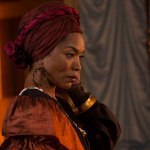 Spoiler alert: Stop reading if you don’t want to know who died on this week’s ‘American Horror Story: Coven!’

Philosophical question for the group: What is “death,” anyway? In the case of American Horror Story: Coven, it’s merely a temporary state during which time a beloved character is taken out of the picture. After all, two of the show’s main staples — Emma Roberts‘ Madison and Evan Peters‘ Kyle — are now alive-ish and kicking after suffering brutal murders. But what about the victims of the Jan. 8 episode?

As excited as I was for Stevie Nicks‘ guest appearance Jan. 8, I still went into the episode with intense feelings of dread, following creator Ryan Murphy‘s terrifying tweet about what we should expect from the game-changing hour:

And my fears were realized when one of my favorite — not to mention one of Miss Robichaux’s Academy’s finest — witches, Nan (Jamie Brewer), met her untimely end at the hands of Fiona (Jessica Lange). We also lost Joan this week, but honestly, raise your hand if you care.

So here’s the question: Is Nan really not coming back? Personally, I’d be shocked if we didn’t see her again by the end of the season. Color me crazy, but Nan coming back to life — and proving she is the next Supreme, after all — would be a kick-ass way to end a kick-ass season of American Horror Story.

HollywoodLifers, do you think Nan is really dead and gone, or do you expect to see her before the season is over? Drop a comment with your review of the episode, as well as your thoughts on the final few episodes!