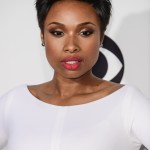 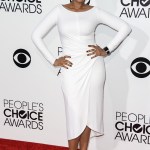 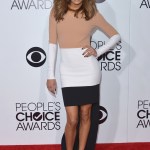 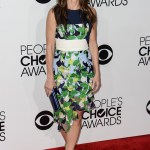 Aww! The ‘Gravity’ actress was so shocked that she scored some People’s Choice Awards at the Jan. 8 show — and she credited her son Louis, 3, for her success, adorably thanking him for ‘letting her come out’ to the big award show!

Sandra Bullock took home People’s Choice Awards for Favorite Dramatic Actress, Favorite Comedic Actress, and Favorite Actress — and in one adorable acceptance speech, she thanked her son Louis, 3, for his support. She had such funny things to say to her son about her wins, and explained that the team of people making her ‘look good’ are more talented than she is.

Sandra was so cute when accepting her award — thanking first the fans that voted and then her too cute son: “for letting me come out tonight,” Sandra explained.

“Sweetie, it’s because people work a lot harder than mommy did to make her look good,” she said to her son to explain her victories. Sandy’s just too modest — it’s her serious acting talent that scored her wins!

Sandra Bullock Wins All The Awards At People’s Choice

If you had any doubt that SuperMom Sandra could really do it all, please note that she took home People’s Choice Awards for Favorite Dramatic Actress, Favorite Comedic Actress … and Favorite Actress. Her 2013 movies The Heat and Gravity also took home fan-favorite awards during the night — so Sandra’s fans were clearly showing the love this awards season!

She even sounded embarrassed for taking home so many prizes, saying “It looks like I spent Friday nights staying home and voting for myself!”

What do YOU think, HollyMoms? Do you think it’s cute that Sandra thanked Louis in her speech?