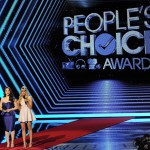 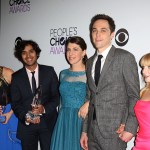 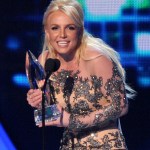 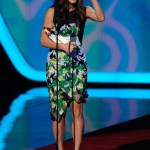 The People’s Choice Awards on Jan. 8 was a truly unforgettable night, with a couple huge star standouts and a hilarious hosting performance by Beth Behrs and Kat Dennings.

Jan. 8 was a night for the people and they were not disappointed. As the 40th People’s Choice Awards took center stage from Los Angeles, Calif., Sara Bareilles stole the stage, Nina Dobrev and Ian Somerhalder owned the night, and Kat Dennings and Beth Behrs killed as co-hosts. So what was your favorite moment of the night?

Though the PCAs are mostly a show all about the awards, there were a few performances that knocked our socks off. First, Sara took the stage to perform her massive hit “Brave.” With an altered arrangement, Sara’s rendition was totally stunning and fresh — and the sparks that rained onto the stage just made the performance that much better.

Not to be outdone, OneRepublic also stormed the PCA stage with a raw performance. Performing “Counting Stars,” the band started quietly but quickly built to a rollicking, rocking pace. With a driving backbeat, the song and the performance were high energy and OneRepublic made sure there was no doubt that all eyes were on them.

But one of the best performances didn’t come with a song. Accepting the award for Favorite On Screen Chemistry, former couple Nina and Ian mucked it up on stage and Ian even planted a fat kiss on Nina’s cheek. It was a bit awkward — as kissing your ex tends to be — but we’ll take it!

Anyone who’s seen Two Broke Girls knows about the unparalleled chemistry Kat Dennings and Beth Behrs have, so they were a perfect choice to host the ceremony tonight. The two stars had several standout moments from the show, like their opening monologue when Beth pretended to be a waitress in order to “service Brad Paisley” and when a million Two Broke Girls waitresses stormed the stage to pass out cheeseburgers.

And nothing was funnier than the sketch where Beth sang song after song. Some highlights included a rendition of “Wrecking Ball” and even better, a cover of “Baby Got Back.” We can’t blame Beth (who was clearly the star tonight) for triumphantly dropping the mic after her performance and walking off the stage like a champ.

So HollywoodLifers, what was YOUR favorite moment of the night? Let us know in the comments below!