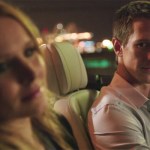 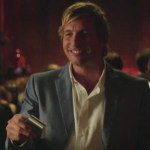 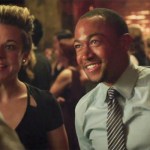 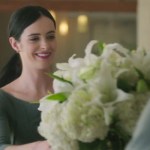 A long time ago, we used to have ‘Veronica Mars’ on our TV screens every week, and we’ve been thinking about that lately — a lot. Check out the brand new trailer for the ‘Veronica Mars’ movie, which debuted on Jan. 2, here!

Is it March 14 yet, Marshmellows? A new trailer for the Veronica Mars movie was released on Jan. 2, and with Kristen Bell, Krysten Ritter, Enrico Colantoni, Ryan Hansen, Tina Majorino, Jason Dohring and the gang back for more spying, snarking, and (probably) sexing, spring cannot come soon enough. Mars Investigations is back in business!

A year ago the prospect of a Veronica Mars movie was laughable at best, but one highly-publicized Kickstarter campaign and over $2 million fan dollars later, Ms. Mars is back in business. The latest trailer, which you can watch on E! News, expands on the teaser we saw during San Diego Comic Con last summer, which revealed that Veronica — a big-shot New York lawyer — is out of the biz at the beginning of the film. That is, until a call from a certain ex-boyfriend draws her right back in. Murder accusations… classic Logan Echolls, am I right?

So now Veronica is back and better than ever in sunny SoCal, which means she’ll have to deal with Dick Casablancas’ jokes, Vinnie Van Lowe’s (Ken Marino) come-ons, and Keith’s… well, there’s nothing remotely bad we could ever say about Keith, all while trying to clear Logan’s name again. Somehow the whole gang — Piz (Chris Lowell) included — will end up back at Neptune High, so we can’t wait to see how that one plays out.

What did you think of the new trailer, HollywoodLifers? Will you check out the Veronica Mars movie?