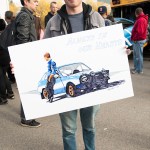 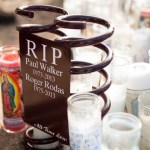 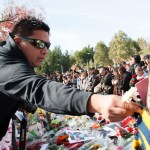 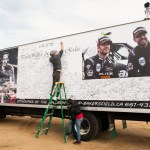 Ever since Paul Walker’s tragic death on Nov. 30, ‘Fast and Furious’ fans have been wondering how the franchise’s seventh film will go on without him. Now, reports have surfaced that Paul’s lookalike younger brother Cody is in talks with Universal to step in to film Paul’s final scenes.

When Paul Walker died tragically at the age of 40 on Nov. 30, production on Fast & Furious 7 came to a screeching halt. But on Dec. 13, reports surfaced that Paul’s younger brother Cody, 25, would step in to film Paul’s final scenes. Read on for more details!

Fast & Furious 7 production has been shut down since Paul’s death, and with several scenes remaining that would have featured the actor, everyone is wondering what Universal will do. According to Daily Mail, a solution may have been found — Paul’s brother Cody, who has worked as a movie stuntman, is in talks to step in.

“Producers had a string of meetings right after Paul’s death,” a source said. “They soon realized they needed someone who looked like Paul to finish the movie and that’s when they approached his nearly identical brother, Cody.”

However, Cody would not necessarily take on the heavy acting duties from his brother — Paul has already shot several scenes, so Cody could just be used as a filler, and then Paul would be added in via CGI technology.

‘They can shoot Cody from behind and at distance,” the source continued. “If it’s a shot they need Paul’s face in close up, they can CGI it later on.”

Cody Walker Would Do ‘Fast 7’ To Honor Paul

Universal Pictures has already said that they would work with Paul’s family to make sure that his character, Brian O’Connor, would have a fitting exit, so it makes sense that they would want to work with Cody. Cody, who normally lives in Oregon, has been staying with his family in Los Angeles while they grieve, and Daily Mail’s source says that Cody would only work on the film if it helped honor his late brother’s memory.

”If Cody agrees it’s because he wants to honor his brother’s memory,” the source continued. “There are many details that still need to be worked out, but right now the family and cast and crew are all still grieving.”

What do you think, HollywoodLifers? Should Cody step in to help with Paul’s scenes?