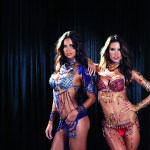 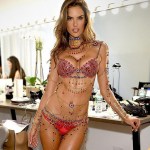 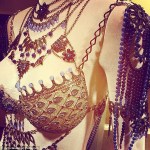 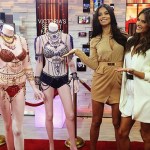 Wedding bells are in the future for Lindsay and Sean! The Victoria’s Secret model’s rep confirmed to HollywoodLife.com that the sweet couple is engaged– and told us when the proposal happened!

Victoria’s Secret Angel Lindsay Ellingson, 29, and her medical equipment sales rep boyfriend, Sean Clayton, are getting married — and he reportedly proposed to his longtime love at his parent’s home in Ohio!

Lindsay’s rep confirmed to us that the Angel’s love life just got a bit more heavenly!

Clayton asked Lindsay to marry him on Thanksgiving day at his parent’s home in Ohio, Us Weekly reported. Ellingson posted a gorgeous picture of a snowy backyard on Instagram on Nov. 28. “Hope everyone is enjoying the day with family and friends,” she captioned the pic. “Happy Thanksgiving! So thankful for all of my loved ones. #Snowturkeyday.”

Lindsay was also seen at a screening of the 2013 Victoria’s Secret Fashion Show in NYC on Dec. 10, and showed off her huge diamond ring at the event, according to the outlet. Her fellow Angels were reportedly gushing over her sparkler!

She looked gorgeous in her white corset blinged out in Swarovski crystals in the “Snow Angels” collection during the show — what better color for a beautiful bride-to-be?

Are YOU thrilled for Lindsay and Sean, HollywoodLifers? Let us know!