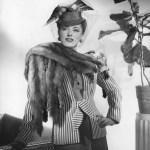 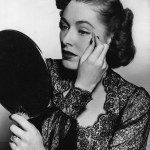 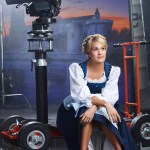 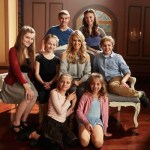 Read our thoughts on NBC’s latest musical undertaking, then drop a comment with your own review!

While no one could ever replace the legendary Julie Andrews, we have to admit, we totally fell in love with Carrie Underwood as Maria in NBC’s live Sound of Music production on Dec. 5. She may not have sported Miz Andrew’s iconic blonde bob, but Carrie still brought a sense of innocence and wonder to the role that kept us fully invested through the musical’s three-hour runtime.

‘The Sound Of Music Live!’: Our Favorite Performers

And as much as we love Stephen Moyer as Bill/Billith on HBO’s True Blood, we loved him even more as the mostly unlovable Captain Von Trapp. If we were Anna Paquin, we’d make him sing us to sleep every damn night. Of course, Stephen wasn’t the only TV star whose performance we enjoyed tonight…

Audra McDonald, who we’ll always think of as Naomi on ABC’s Private Practice, blew us away as Mother Abbess. We’re familiar with her extensive work on Broadway, so we knew she had pipes, but we weren’t expecting to be as floored as we were. If you say you didn’t shed at least a single tear during her operatic performance of “Climb Every Mountain,” you’re straight-up lying to us. (Would it be too much to suggest Audra deserves an Emmy? Is that possible?)

We’d also be remiss if we didn’t point out Broadway legend Laura Benanti as Elsa. Though Laura has enjoyed quite a bit of success on television — her credits include roles on Go On, Royal Pains and Law & Order: SVU — we have a feeling that The Sound of Music is going to finally make her a household name. Elsa, who was never meant to be the star of the show, often stole the spotlight from Maria in this new production.

Also, yay for Christian Borle as Max! (We miss Smash.)

HollywoodLifers, what did YOU think of NBC’s Sound of Music? Did Carrie Underwood meet your expectations? Drop a comment with your review below, and be sure to tell what you loved — and maybe what you didn’t!