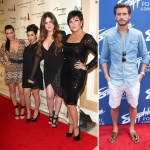 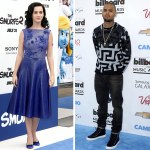 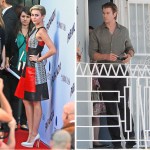 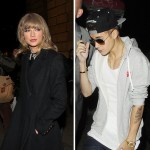 Taylor admits that she’ll only write songs about guys that make a big impression on her life, good or bad. She goes on to reveal in ‘New York’ magazine why she wanted to tell the world about Harry breaking her heart.

Taylor Swift is known for writing songs about her exes, and now she’s revealing why Harry Styles made the cut on her Red album. The 23-year-old singer says that she doesn’t feel sorry for putting these guys on blast because she wants to remain ‘honest’ with her fans about what’s going on in her life.

Taylor Swift Reveals Why She Wrote Music About Harry Styles

The Grammy Award-wining singer tells New York magazine that she won’t just write about any guy she goes on a date with.

“I only write songs about crazy love,” she says. “If I go on two dates with a guy and we don’t click, I’m not writing a song about that. It didn’t matter in the emotional grand scheme of things. There’s a lot that goes on in daily life that isn’t really worth turning into a verse and a chorus.”

But the reason why she’s willing to write songs allegedly about exes like: John Mayer, Jake Gyllenhaal, Joe Jonas and Harry is because she wants her fans to know that her life isn’t perfect.

Taylor: Did She Diss Harry At The Victoria’s Secret Fashion Show?

We told you that Taylor opened the Victoria’s Secret fashion show in an amazing British flag dress and maybe it’s because Harry is from England? But then again, the theme of the show was British invasion. But we want to point out another thing, Taylor was acting like besties with, Cara Delevingne, Harry’s good pal.

Perhaps this is all one big coincidence? Taylor is allowed to chat with and wear whatever she wants!

HollywoodLifers, should Taylor stop writing songs about her exes?