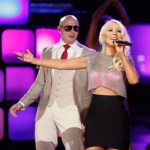 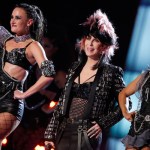 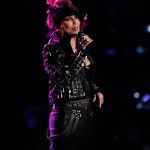 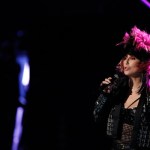 With only eight spots left to fill on all four teams, the final night of ‘The Voice’ blind auditions proved to be the most intense yet.

The Voice coaches were extra picky Oct. 7 as the blind auditions came to a close. All four were looking for something special to round out their 12-member teams, and everyone — especially Cee Lo Green and Blake Shelton — were willing to fight for the singers they wanted.

Adam Levine only had two spots left to fill on his team, and it was returning contestant Matt Cermanski — singing John Hiatt‘s “Have a Little Faith in Me” — who claimed first of those two right off the bat.

“He was mine from the first note,” Adam said.

Taking the second spot was wedding singer Grey, who belted a powerful rendition of Kelly Clarkson’s “Catch My Breath.” Three out the four coaches turned — but Blake Shelton was so blown away that he turned all the way around.

“I did a 360 for you,” he said, as a malfunction made his chair turn away from the stage.

He joked that Adam had it rigged, later tweeting:

Load of crap! This was rigged! @adamlevine paid someone to turn my chair back around! #WatchingBlinds

All the coaches were pretty particular tonight, but Christina Aguilera was searching for something especially specific. With just one spot left on her team, she was looking for a male singer with a voice she just had to have. And tonight it was Michael Lynch, a full-blooded Irish lad singing an unexpected “Bailamos” by Enrique Iglesias.

“You’re so taken with Spanish for an Irish white boy,” Christina told him, amazed at his desire to be a bilingual artist.

When Michael chose to be part of Christina’s team, she showed her excitement by calling up a replay of the song’s chorus and sharing a short duet with him — and we loved it! It was a great sneak peak of what’s to come.

Blake & Cee Lo Battle It Out

The last few singers of the night were left in the hands of Cee Lo and Blake. With three spots left on Team Cee Lo and only two on Team Blake, it was a fight to the finish.

Blake and Cee Lo both turned for a rocking performance by Brandon Chase, who sang “Wanted” by Hunter Hayes, and Brian Pounds, who served up a countrified rendition of Darius Rucker‘s “Wagon Wheel.”

While Christina pushed Brian to choose Cee Lo, saying how he can take an artist and really make something of them, he “had to keep it country” and chose Blake — as did Brandon! And with those two, Blake filled his final spots.

Cee Lo topped of his team with Tamara Chauniece, who sang Beyonce‘s “1+1;” Lupe Carroll, who sang Bobby Darin‘s “If I Were a Carpenter”; and Utica-native Shawn Smith, who got the crowd to shout for Zac Brown Band‘s “Chicken Fried.”

Tomorrow, the coaches will put up their dukes for the battle rounds. Are you excited to see their gloves come off, Hollywoodlifers? Drop a comment below and let us know which singers and coaches you’re rooting for!