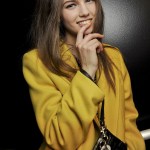 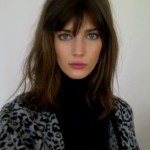 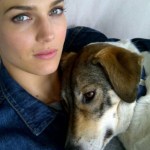 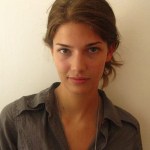 Cue the swoons! Supermodel Kendra Spears has officially become a Princess after saying ‘I do’ to Prince Rahim Aga Khan — read on for all the romantic details!

It looks like fairytales really do come true! Beginning her career as a model, Kendra Spears, 25, is now a Princess after wedding Prince Rahim Aga Khan, 41, in a beautiful ceremony on Aug. 31.

Kendra’s new title was officially announced as Princess Salwa Aga Khan after their lavish ceremony at the Bellerive Castle in Geneva, Switzerland.

The ceremony was a traditional Muslim one, according to the Huffington Post. The brunette beauty wore an ivory sari designed by Manav Gangwani Couture. The two were reportedly only engaged for four months — and they met through British model pal Naomi Campbell. On Sept. 1 Kendra tweeted a pic of herself looking happy in her wedding sari, thanking Naomi.

“Thank you @ManavGangwani for the beyond-gorgeous sari! And thank you @NaomiCampbell for the introduction Xx ,” she said on Twitter.

Her royal hubby is the son of billionaire His Highness Aga Khan IV. The Agan Khan dynasty is believed to be a direct descendant of the prophet Mohamed. Coincidentally, his father was also married to a supermodel — Sarah Croker-Poole. And so was his grandfather, who was married to Rita Hayworth.

American Kendra Spears Becomes A Princess — All The Details

Kendra’s story truly does sound like one straight out of a movie. Just five years ago, we’re sure Kendra didn’t imagine this being her future. The Seattle-native graduated from the University of Washington with a B.A. in sociology, according to The Daily Mail.

After college she was discovered by Ford Models on MySpace in a Jan. 2008 competition. From there, she went on to model in New York Fashion Week where she was quickly noticed by influencers in the industry. Since then, she’s modeled on the covers of Elle and Vogue. She also was recently signed on as the face of Escada’s Fall/Winter 2013 campaign. Looks like she’ll be a working princess!

What do you think, HollywoodLifers? Does this make you believe that fairytales really do come true? Drop us a comment below.