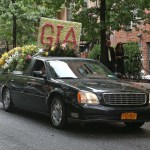 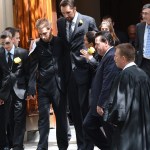 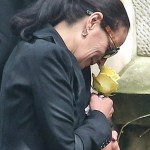 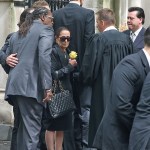 The ‘Bachelor’ family continues to reel after Gia’s shocking suicide. On August 15, Gia’s season 14 Bachelor revealed how absolutely devastated he is by her tragic passing.

Jake Pavelka could hardly breathe when he heard the news that Gia Allemand had died after trying to hang herself. The season 14 Bachelor revealed his shock in a new, heart-wrenching interview, where he also explains why losing Gia is so unbelievably tragic.

“I am in complete shock and devastated to hear the news about Gia,” Jake told People. The 35-year-old, who is so often construed as one of The Bachelor’s biggest villains, also said on Twitter that he had to pull his car over after learning about Gia’s death because he just couldn’t stop crying.

Gia and Jake developed an extremely close relationship over the course of season 14 of The Bachelor, in which she was eliminated in the second-to-last episode. They later became great friends after their television romance, and Jake now describes Gia as “an angel.”

“She was one of the sweetest people I have ever known. And a very dear friend. My heart goes out to her family during this very difficult time. We have lost an angel today.”

In the wake of Gia’s tragic death, there doesn’t seem to be any doubt that she was an amazing person who touched so many lives. Jake definitely isn’t the only Bachelor or Bachelorette alum who has expressed unimaginable grief and shock.

After hearing the news, Sean Lowe tweeted, “My prayers go out to @GiaAllemand ‘s family during this time. Life on earth is but a vapor and she’s with our Lord now.”

And Vienna Girardi, who Gia lost to on season 14 of The Bachelor, wrote, “Gia you are my angel! You changed so many lives with your beautiful soul and will be missed and loved forever.”

Gia’s suicide is just an awful tragedy. Our thoughts and prayers go out to her friends and family in this hard time.