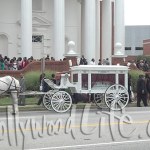 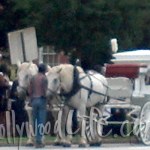 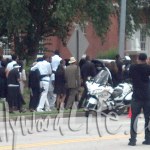 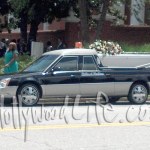 Usher’s ex-wife tried unsuccessfully to win back primary custody of her two boys on Aug. 9, and the judge’s ruling left an emotional Tameka in tears. Usher got a warning issued from the judge, calling for him to start communicating with Tameka — or a different decision may be made at the next hearing. Family attorney Vikki Ziegler spoke to HollywoodLife.com EXCLUSIVELY to weigh in on whether the right decision was made at the hearing.

Tameka Raymond filed an emergency petition for a custody hearing with ex-husband Usher following the Aug. 5 near-drowning of their son Usher Raymond V, but after a dramatic hearing, she lost to Usher and the family’s current custody arrangement remained the same. So should custody have been transferred to Tameka after the accident — or did the judge make the right call? Read on to see what family attorney Vikki Ziegler has to say.

“The judge made the correct ruling,” Vikki tells HollywoodLife.com EXCLUSIVELY.

“There was no substantial change in circumstance to transfer custody to Tameka,” she adds. “The judge believed it was an accident and the supervisor did her best under the circumstances.”

Vikki says Tameka’s priority should have been her son, and she shouldn’t have been so quick to rush to court after the accident.

Tameka tried to use this horrible incident to gain more parenting and/or custody and it backfired at this hearing. I think she should have focused on the boy’s recovery and waited for the next hearing to argue about her parental concerns. There is a pending motion to review parenting and custody, so she will use this incident, Aunt Rena the supervisor, and the lack of communication between them to gain more time with her kids.

Usher kept his cool composure for the duration of the hearing, while Tameka broke down crying during her emotional testimony. Both sides offered their own version of their child-rearing arrangement, but in the end, the judge’s decision went to Usher: He is able to keep primary custody of his two boys.

Tameka’s defense was that the caretakers watching over Usher V were not the ones supposed to be watching him and she could have done a better job herself. This one accident was actually just a part of a “series of judgement calls that put the kids gravely in danger,” Tameka’s defense said.

Usher’s lawyer said that the kids were “thriving” with Usher, and that “this is an accident that could have happened to anyone,” arguing that Tameka’s allegations are “false,” and “for attention.” They also said that Tameka was sensationalizing the situation to be even more dramatic than it already is by claiming that Usher V was “dead” and “had to be revived” after being rescued from the pool.

Throughout the hearing, the judge, Hon. John J. Goger, frequently called Tameka out on her claims, saying she couldn’t confirm them since she does not live in the house with the children.

In further attempts to prove Usher’s bad parenting, Tameka explained that she is “not in the know” about her kids, claiming that Usher never answers his calls or texts from her. When he took the stand, Usher claimed that he updates Tameka on the boys “weekly, every Sunday.”

The judge gave Usher a major warning about needing to keep more in touch with Tameka, updating her about their two children constantly and consistently. Communication between Usher and Tameka will be greatly considered by the judge in the second custody hearing, and Usher may get a different custody decision from the judge if he continues to keep Tameka out of the loop.

What do YOU think, HollyMoms? Did the judge make the right call about the boys’ custody? Let us know!