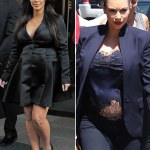 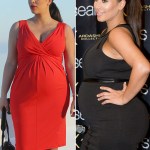 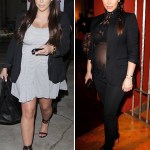 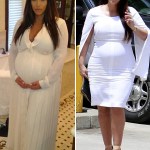 Kim K is still living under the radar after giving birth to baby North a little more than a month ago, but HollywoodLife.com spoke to her friend Jonathan Cheban EXCLUSIVELY, who revealed the latest on Kim’s life as a mommy.

Here’s how we know Kim Kardashian loves motherhood — since giving birth to North West on June 15, we’ve barely heard a peep from her! It’s like she’s so invested in being a mom that she forgot she’s a public figure. But on July 27, HollywoodLife.com caught up with her friend Jonathan Cheban, who revealed exclusively to us how things are going in the new Kardashian-West household.

Jonathan couldn’t have been any more enthusiastic talking about Kim and North while at Super Saturday 16, a benefit for the Ovarian Cancer Research Fund on July 27. “She’s gorgeous!” he excitedly stated when we asked him about baby North.

And before revealing that he had his own playdate with Kim and Nori scheduled for the next day, Jonathan told us that Kim is adapting to the new tasks of motherhood flawlessly. “She is amazing,” Jonathan raved, “she’s a great mom!”

Kim, and her baby’s dad, Kanye West, seem like they’re absolutely loving life as parents, and not taking a second of it for granted. Another source told HollywoodLife.com exclusively that Kimye are totally smitten with baby North.

“All is well, all is love and happiness,” the source says. “The baby is healthy and has everything she could ever want.”

But North is even more of a gift to them: “She’s so precious and Kim and Kanye are amazed every time they see her. They’re in the moment still”

So adorable! We really do love hearing how much Kim and Kanye love parenthood, especially because it means North is going to grow up in a very positive environment.

What do you think, HollyMoms? Let us know!

WATCH: ‘Keeping Up With The Kardashians’ Supercut – – Names Edition