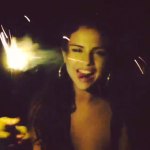 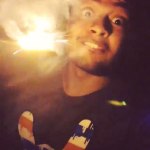 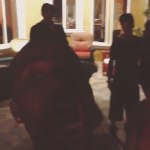 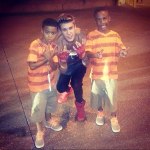 Selena — We know you’re not always happy with Justin, and you want him to be more of a man. But you can’t deny that he keeps on proving that he has only one true love… and it’s you! Are you willing to give him another chance?

Selena Gomez — I wouldn’t underestimate the devoted love that Justin Bieber keeps harboring for you.

Selena — You & Justin Can Reconnect

Nor would I underestimate the fact that you can’t wash him out of your hair, or heart, no matter how hard you try. The latest example of all that was on the Fourth of July, when the two of you clearly got back together and enjoyed the festivities, in each other’s arms.

Justin also let the world know how happy he was to have you back by his side, when he tweeted, “Great night.”

He did exactly the same thing when you flew to see him in Norway after a previous split, and he tweeted “Smiling,” on April 18.

Here’s the thing, Selena: You keep breaking up with Justin, and you tell your friends that you’re done with him and want to be with a “real man” and not a boy, sources close to you, have told HollywoodLife.com.

I believe you feel that sincerely, but as another source has told us, you and Justin “have a crazy connection. They just can’t seem to break their connection. It can be intense.”

Obviously, it is an intense connection; it has kept you two on and off as a couple now for more than two-and-a-half years, since he was 17 and you were 19.

But Selena, face it: Justin may try going out with other girls — like Hooters waitress/model Jordan Ozuna — but the moment you send him a single message, he drops every other potential love interest and instantly comes running back to you.

He doesn’t really want to be with anyone else but you; that’s obvious. AND he’s pretty good at reading your signals.

All you had to do was go to Disneyland with a few friends on June 26, wearing one of his t-shirts, and he knew you wanted to see him again.

He knows your BFF Taylor Swift doesn’t want you dating him, and she’s been dropping everything to keep you distracted; she’s been wanting you to date other guys friends like Austin Mahone and David Henrie.

But, the bottom line, Selena, is that Taylor’s not in love with Justin — you are. So it’s your decision alone, whether you want to reconnect with him, romantically.

He wants you back. He loves you. He even said again in a new interview, that he wants to marry young and have children. (Hint! Hint!)

The question is: Can the two of you really sit and talk and work through the issues that keep tearing you apart?

Justin should be willing, and he’s clearly happier when he’s with you than with anyone else.

Hopefully, you two can resolve your drama and fix your relationship!

What do YOU think, HollywoodLifers? Can Justin and Selena become a happy couple again?