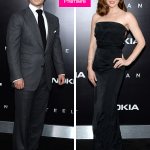 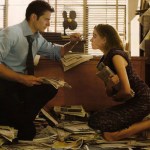 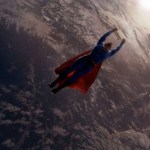 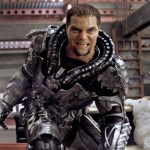 Spoiler alert! Superman weekend kicked into high gear when ‘Man of Steel’ hit theaters on June 14. Loyal fans of the iconic superhero flocked to see the movie, but why did they go home with a sour taste in their mouths? Read on.

When yet another movie about the most famous comic book superhero comes out, it’s expected that the new iteration will put a spin on the classics. But did Man of Steel go too far? One specific part of the new Superman movie’s ending has fans of the comics shocked and enraged, believing that the sanctity of Superman has forever been destroyed.

‘Man Of Steel’: Superman Does What!?

Beware — there are huge spoilers from here on. In the climactic finals scenes of Man of Steel, Superman (Henry Cavill) goes head-to-head with the villain, Zod (Michael Shannon), the warlord from Krypton.

Zod and Superman exchange blow after blow in an amazing, exciting action sequence, but when Superman gets his enemy in a chokehold something unthinkable (at least for Superman) happens — he kills Zod.

Good guy kills bad guy, nothing wrong with that, right? Well, not exactly. This sensational ending has infuriated fans of the Superman series because very simply, Superman never kills anyone.

It’s his M.O. (well, it’s Batman’s too, but that’s neither here nor there). The fact that he was too good to kill someone, even his worst enemy, defined him as a character. Man of Steel completely changes all of that.

‘Man Of Steel’: The Most Disturbing Movie Of The Summer?

“I think this is the single most disturbing plot point in any blockbuster movie this summer,” writes Darren Franich of Entertainment Weekly. “Disturbing, because I get the vibe that the filmmakers don’t even come close to understanding how crazy, how unexpected, how just plain wrong Superman killing someone is.”

Superman, despite his unimaginable power, never took on the moral authority of deciding who lives and who dies, and that’s what made him so admirable. Man of Steel might please the masses, but the ones who really know Superman won’t be able to sleep after seeing it.

What do you think, HollywoodLifers? Has Superman been sullied by killing in Man of Steel? Let us know what you think!