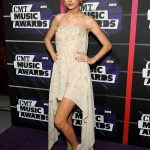 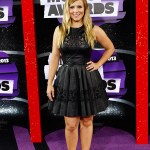 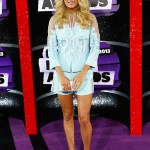 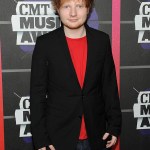 What do you get when you put Veronica Mars and a lovable southern country star together on a stage? The greatest hosts of the CMT Music Awards ever! Kristen Bell and Jason Aldean collaborated in co-hosting this year’s show, and while it might seem like a strange combination, they were actually great together!

Kristen Bell and Jason Aldean hosted the 12th Annual CMT Music Awards together on June 5 and they were a perfect pair. Coming from such different career backgrounds, it was kind of a toss-up as to whether they were going to be able to have the kind of chemistry co-hosts of an awards show need. But once they started their opening monologue, we knew we were in for a good night!

The opening monologue was a hilarious video with Kristen acting as Jason’s therapist because hosting the CMT Music Awards is kind of a “scary proposition for a Georgia boy,” as Jason put it. It turned into a group therapy session with cameos from Vince Vaughn, Blake Shelton, Reba McEntire, Luke Bryan, Carrie Underwood, Jennifer Melfi, Dr. Drew and Kelsey Grammer!

Once they got on stage, you could tell Kristen was fired up and Jason was going to be her supplemental not-so-hyper cohort, which was going to make for the perfect balance. You could definitely tell which one was the acting business!

In the beginning, Jason looked great in a classic country get-up with jeans, a black leather jacket and his signature cowboy hat. Kristen rocked a form-fitting gold sequined dress, and she looked absolutely stunning for someone who had a baby just over two months ago! (She gave birth to daughter Lincoln Bell Shepard on March 28.)

Hosting this year’s CMT Music Awards marks the second year in a row for Kristen and Jason’s first go at hosting. That’s not to say he isn’t familiar with the awards show — he has been nominated for 11 CMT Music Awards, winning one of those for CMT Performance of the Year in 2012.

The way these two owned the stage, we think award shows should always put two unusual co-hosts together — so far it’s worked out swell!

What do YOU think, HollywoodLifers? Did Kristen and Jason have good co-host chemistry?