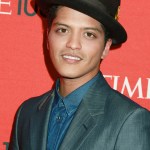 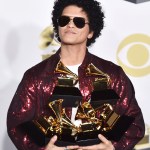 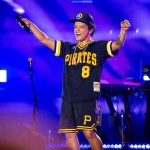 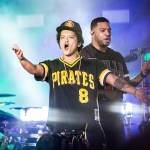 Poor Bruno! After reportedly suffering a heart attack on May 31, the singer’s mother passed away in Hawaii from a brain aneurysm on June 1. She was just 55 years old.

Grammy-winning artist Bruno Mars is surely grieving after his mother, Bernadette Hernandez died on June 1 in Honolulu at Queens Medical Center at the age of 55.

Bernadette died from a brain aneurysm, according to a publicist from Atlantic Records, who spoke to the Associated Press on the condition of anonymity.

Just a day earlier on May 31, Bruno’s mother was hospitalized in Honolulu after suffering a heart attack, according to Star. She was being held in critical condition at the time. Family member Anito Sojot told Star that the family was distraught and in shock over Bernadette’s debilitating health.

Bruno was extremely close to his mother, who was a mother of six children including Bruno. Their tight bond was evident in his music and also in life in general. After Bruno was nominated for seven Grammys in 2011, Bernadette could hardly contain her joy: “Bruno I am so so proud of you. I knew this was going to happen but not this extent,” she said. “I still think of him as my baby and keep forgetting he is a man.”

And obviously there is Bruno’s song “I Love You Mom,” which he wrote and recorded when he was just four years old. The song features adorable, loving lines like, “I love you Mom, you are my favorite girl,” and “My mommy helps me with my voice/cause a superstar singer is my first choice.”

Bruno could have never gotten to where he is today without the love and support from his mom. Our thoughts and prayers are with Bruno, his five siblings, and the rest of their family as they go through this difficult time.