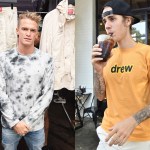 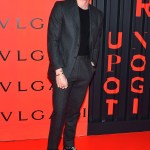 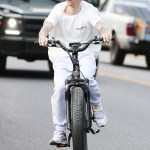 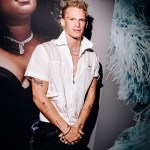 Cody EXCLUSIVELY tells HollywoodLife.com about his relationship with Kylie, his friendship with Justin and his tour plans. Read on for more details.

At the 15th birthday celebration for Build A Bear, HollywoodLife.com talked to Cody Simpson EXCLUSIVELY about his life, revealing that his relationship with Kylie Jenner is strictly on a “friend” basis. However, we’re a bit skeptical!

Cody says that both Kylie and Kendall Jenner are great friends. He says, “It’s good to have friends who understand the position you’re in – it’s the same with Justin [Bieber].”

The pop star also admits that he is so grateful for how much the Kardashians tweet about him. “It’s awesome to have the support of such a famous family.”

Cody is aware that he has a rather cool group of friends, and says that he would like to get himself, Kylie, Kendall, Justin and Selena Gomez together to hang out. “It’s awesome because the fans are beginning to see that we’re like a family almost; we’re all supporting each other. We’re a young dream team.”

Cody, who has previously toured with Justin, will rejoin the Believe tour in November for three months. “Selena visits often and she’s cool to chill with. Me and Justin like to do teenage stuff – we recently visited a haunted house which was so cool!”

What do YOU think, HollywoodLifers — will you go see Cody and Justin on tour?