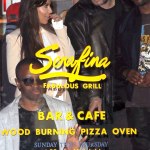 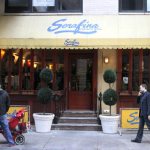 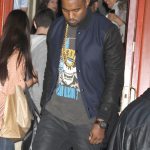 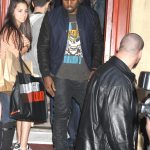 HollywoodLife.com has just learned that when Kim found out that Jonathan went to Reggie’s Miami Dolphins game over the weekend, she flipped out! Do you think it was wrong of Jonathan to go?

Kim Kardashian is one territorial lady! HollywoodLife.com can tell you that the reality star is fuming that her bestie Jonathan Cheban left her on Oct. 14 to go to the Miami Dolphins game against the St. Louis Rams, where her ex-boyfriend Reggie Bush is the star running back.

“Jonathan loves the Miami Dolphins,” a source tells us. “But after Reggie admitted that he got Lilit Avagyan pregnant, Kim never thought that he would go to see him play just two days later. Kim’s attitude is that his allegiance should be to her and not some stupid football game. She is super pissed.”

Even though Jonathan and Kim were spotted out together filming Kourtney and Kim Take Miami on Oct. 15, the source says that things are definitely “tense” right now.

We told you that right after Reggie’s game, he went to dinner with his girlfriend and parents — right across the street from Reggie and Kim. TMZ reported that Kanye was really angry with photographers who were asking him about Reggie after they left the dinner.

It makes total sense that Kim would be sad over Reggie, but should she punish her friends over it?