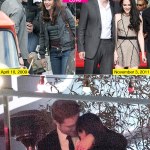 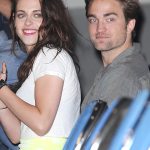 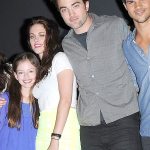 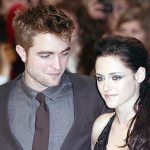 A ‘heartbroken’ Rob may be heading to London, according to a new report. Read on for more details!

Robert Pattinson could be heading back to the U.K., where his family is located, to allegedly help himself heal his broken heart.

“Robert is thinking long and hard about returning to London,” a source close to the star told Radar Online.

“He’s selling his home in Los Angeles, not only because it holds bad memories, but because he wants a fresh start. He never fell in love with Los Angeles and has always longed for home. When Kristen was shooting ‘Snow White and the Huntsman’ in London, he made his excuses to visit her as much as he could – he missed it so much. Despite making friends in America, Robert longs just to have a pint with the mates he grew up with in a local west London pub. He’s just a regular guy. He is set to make up his mind very soon – his family hasn’t put pressure on him to return – but he misses them very much and they’ve said they’d welcome him back with open arms,” the source said.

We’d certainly miss Rob, 26, if he moved back to London! How do YOU feel, HollywoodLifers?