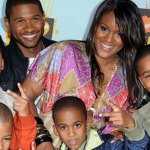 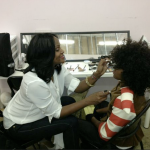 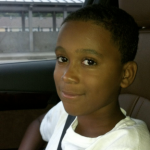 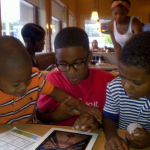 Usher’s stepson Kile Glover was put to rest this morning, July 21, after suffering injuries in a jet ski accident that occurred earlier this month — so sad. Read on for all the details.

Usher and his ex-wife Tameka Foster sadly laid her son to rest this morning.

Doctors removed 11-year-old Kile Glover from life support after it was determined he could never recover, according to TMZ. The doctors declared he was brain dead on July 8.

Tameka is said to have struggled with her decision — as any mother surely would! For the past two weeks, Tameka remained hopeful that there was a miracle. On July 9, Tameka posted a message on her Facebook page saying, “Kile, you are strong…you’ll be saved, I know it. I love you my baby. I need all #prayers for my son. Thank you everybody!”

On July 16, we reported, “Everyone but Tameka has seen the writing on the wall. It’s only a matter of time that her son will pass and not make it as he is doing really bad,” as a source close to the situation revealed to HollywoodLife.com. “But no one is telling Tameka their thoughts, because she is not even considering pulling the plug and is still looking for a miracle.”

In an effort to make things easier for his ex-wife during this trying time, Usher agreed to settle his custody battle with Tameka over their two sons, Usher Raymond V, 5, and Naviyd Ely Raymond, 3. Usher immediately flew Tameka on a private jet to the hospital upon news of the accident.

Kile was like a son to Usher — the pop star and Tameka were married for two years before divorcing in June 2009.

Kile was injured on July 7 while riding in an inner tube on the back of a pontoon. A family friend reportedly, riding behind on a jet ski, lost control and struck Kile.

We are keeping Usher and his family in our thoughts at this time.

UPDATE: A rep at Willie A Watkins Funeral Home in Atlanta tells HollywoodLife.com exclusively, “Funeral services for Kile Glover have not been confirmed yet. The funeral will not be held today or tomorrow.”

“Services will be held sometime in the week.”