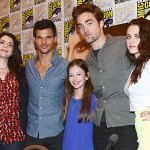 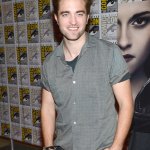 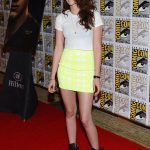 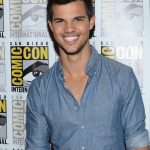 Rob and Kristen were so in love at this year’s Comic-Con event, eyewitnesses revealed that the actors couldn’t keep their hands off one another! Read on for all the details!

Robert Pattinson and Kristen Stewart looked so in love at Comic-Con on July 12, and eyewitnesses say that the two real-life lovers were “snuggly” during the entire 7-minute preview clip for Twilight Saga: Breaking Dawn — Part 2!

One fan, known as @Terri_Schwartz on Twitter said, “Spotted: Kristen and Rob holding hands outside #mtvsdcc headquarters after the livestream. One, two, three awwwwwww.”

Another super fan, @tashpalo, added, “Oh oh did you hear how Rob and Kristen were very snuggly while the footage was showing? Well the room was dark and from my POV, Kristen scooted over to Rob. Their heads were together — it’s possible they kissed, but I CANT confirm. They were definitely snuggle bunnies though; It’s possible they may have had a kiss or two. A couple people said that but unsure.”

Kristen, 22, certainly wasn’t afraid to show her affection for Rob, 26, according to another eyewitness! Twitter user @IceAngel34 said, “During the 1st 7min clip, Kristen practically crawled in Rob’s lap trying to whisper to him.”

What do YOU think, HollywoodLifers? Could these two be any cuter?