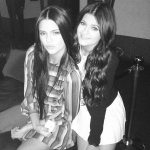 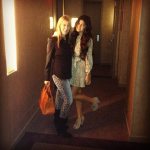 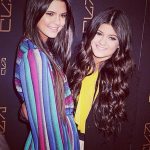 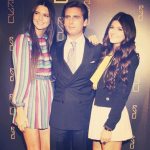 You may be on Team Kris Humphries or think Kimye’s a showmance, but you HAVE to admire the Kardashians. They’re the hardest working clan in Hollywood!

The Kardashians — all of them — are in NYC. And the excellent HollywoodLife.com reporting team has been seeing Kim, Khloe, Kourtney, Mason, Kris, Scott, Lamar, Rob, Kendall, Kylie and Bruce — phew! — around the Gansevoort Meatpacking NYC Hotel, where they’re staying, plus at the Jeffrey New York Boutique, Fig & Olive restaurant, Catch restaurant, and of course at RYU – Scott’s new restaurant. And everywhere the Kardashians go, so does their crew!

And it’s a very large crew! That’s because the clan is living their life in front of the cameras for the next season of Keeping Up With The Kardashians.

And that means extremely long days. But we can report that they actually are extremely polite and nice to the people they run into — even under some pretty trying circumstances.

Kim was up at 5 a.m. in her bathrobe today, April 24, and ALREADY had her hair and makeup people on her floor of the Gansevoort hotel. But not only was she awake, she had the wherewithal to offer a cup of coffee to someone who stopped by her suite!

And keep in mind that this is 5 a.m., after staying up at least until midnight filming the opening of Scott’s new Meatpacking district restaurant RYU, with a crew and 50 guests. The Kardashians held court there with Kanye West until about 10:30 before walking to the nearby after party at Catch, where they partied till midnight.

AND that was after a day of shooting for their show that began in the morning. Kim works hard. The family works hard.

Their crew works even harder. One Hollywoodlife.com reporter said their crew of about 30 people looked exhausted.

But at least they don’t have to be on camera.

Oh – here’s a big surprise we learned this week at Hollywoodlife.com — Scott Disick is extremely friendly! Staff at the Gansevoort report that he says hi to everyone — what a great guy!

Well, that’s good to know. There’s something far more appealing about any and all celebrities who do work hard for their money and appreciate that while yes, they are working hard — they aren’t grinding away in a factory or coal mine. It makes them that much more admirable.

So, while TMZ is reporting that the Kardashians just signed a monumental $40 million deal with E! for three more seasons of Keeping Up With The Kardashians, and that is the biggest reality TV ever — they have worked VERY hard for that money!