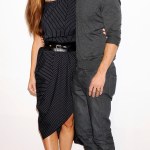 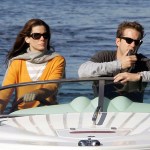 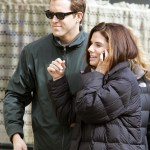 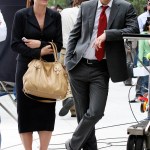 Is there a love triangle between Sandra, Ryan, and his BFF Jonathon? An insider says that she’s definitely moved on from Ryan and that she’s getting her mojo back by spending lots of time with the ‘new’ guy!

Sandra Bullock, 47, has a new lease on life — not only because she’s mom to son Louis, but also because she’s found someone who treats her right and makes her laugh, reports OK! Magazine.

On Jan. 22, Sandy and Ryan Reynolds‘s BFF, Jonathon Komack Martin, were snapped stepping out of a white Porsche to attend a private party in L.A. An insider says that Jonathon was “very attentive” and “didn’t leave her side all afternoon.”

From what we know, Jonathon’s the son of a TV sitcom producer and a successful Hollywood producer himself. And he’s actually not really new to the Oscar-winning actress; in fact, they were introduced 15 years ago and even co-produced together on the George Lopez show.

But whatever Sandy’s true feelings are towards him, her lips are zipped.

“She’s being extremely secretive, though, which is typical,” says the insider. “Even when probed, she won’t reveal much more than saying what a great guy Jonathon is.”

So how does Ry-Ry, 35, feel about his producer friend being stuck to the hip with his former rumored gf? “Ryan isn’t annoyed or angry about Sandy spending so much time with Jonathon, but it’s a surprise to him,” reveals the insider.

Unlike Ryan, who’s been busy dating 24-year-old Blake Lively, Jonathon’s been a dependable companion for Sandy to lean on.

“She’s been pretty down for months. But these days, there seems to be a spring in her step,” explains the insider who feels Jonathon’s kept her smiling. “Sandra can trust Jonathon and right now that’s what she needs most. She’s just been so let down in the past, she really needs a good guy who can be there for her.”