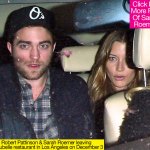 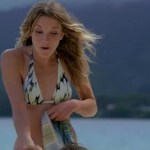 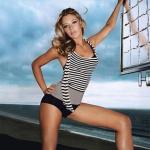 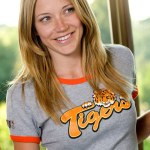 An eyewitness now reveals to HollywoodLife.com the real reason for Rob’s get-together with Kristen Stewart’s former co-star Sarah Roemer. Read on for all the details on everything that happened on their night out.

Much fuss has been made about Robert Pattinson and Sarah Roemer ever since photos surfaced of the pair exiting Los Angeles restaurant La Poubelle on Dec. 3 — but HollywoodLife.com has exclusive new details that confirm Kristen Stewart has nothing to worry about! Not only did Rob “not look like he was on a date,” but there was “no hanky panky” whatsoever.

“Rob Pattinson and his friends were having a business meeting,” reveals our source, who witnessed the entire evening firsthand. “Before it got crowded, the four of them were sitting at a table discussing a movie project. There were two men and one young blonde girl [Sarah Roemer.] They all arrived together and sat at a corner table towards the back. [Rob] sat next to one of the men and the other man and young lady sat across from them.”

Our eyewitness says this was not Rob’s first time at La Poubelle. “He can enjoy himself” there because it’s “low-key,” and like every other time our source has seen him there, he was “the perfect gentleman.”

Phew! Fans of Rob and Kristen can breathe a huge sigh of relief.

Of course, this does make us curious about one thing: If this was a business meeting, what big new project could Rob have in the works?