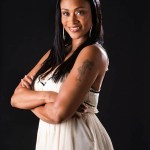 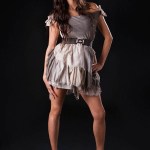 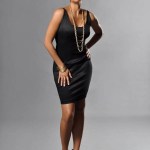 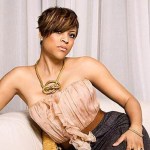 ‘Basketball Wives’ star Jennifer Williams is blogging for HollywoodLife.com, sharing her thoughts about each episode! Read what she says below!

The reunion show is always a great time to recap with my castmates, laugh and sometimes argue. After all this is Basketball Wives so you know we have our fair share of drama!

Let me just get this topic out the way! Royce is irrelevant! I refuse to waste another ounce of breath on her. She just doesn’t get it! Royce is always starting some drama and I am at a point in my life where I am trying to get rid of drama and any negative influences. It boils down to myself, Shaunie and Evelyn not wanting to film with her because she is so full of drama. Other than her “movie role” with Eric, she doesn’t have much of a story line. I am certain she doesn’t want to talk about her new boyfriend that just had a baby with another woman while we were filming and we all know Dwight Howard has a gag order on her! Ok moving on…

As far as Meeka goes she just needs to shut the hell up! Her mouth is what got her in trouble in the first place. She claims she doesn’t want to be in “the circle” but isn’t that the very reason she came on the show? She should start thinking and choose her words more carefully so she can stop putting her foot in her mouth!

The incident with Eric is very unfortunate, however it was just a firm confirmation that I am moving in the right direction. Everyone wants to say, “Well I would have done this or what took you so long?” No one can really say what he or she is going to do and/or react until they are in your shoes. I feel Eric ended our relationship with a coward move. Yes, yes I did throw a drink first. I was frustrated our discussion didn’t resolve anything about our impending divorce but I never hit him with the drink nor did I intend to hit him with the drink. The manner and forcefulness in which he threw that drink at me, not to mention hit my chin surprised the hell out of me! Again, another negative aspect and chapter of my life I am ready to close. I could have retaliated and threw a chair or flipped a table but I prefer to bow out gracefully.

Closing one chapter and opening up another one, DATING!!!! I am having fun dating. Will and I had fun at my divorce/independence party but that is where it started and ended. He is a friend, nothing more. I don’t have a boyfriend at the moment. My main priority is business and myself! I am focusing most of my attention on my new lip gloss line, Lucid Cosmetics available at www.lucidcosetics.com. But a girl deserves to play a little bit and go on a few dates.

Friendships like relationships go through ups and downs. It’s a part of life. Basketball Wives captures the good, the bad and the ugly at times. I believe it is how you bounce back. Can our friendships withstand this crazy world of reality TV? Stay tuned for next week to see how the Basketball Wives Reunion concludes for Season 3 …