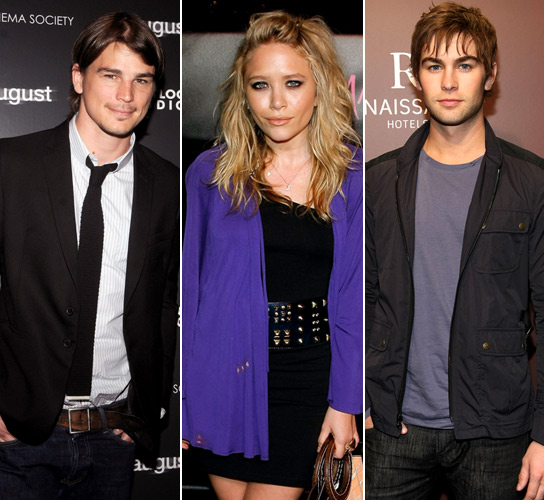 How do you handle a break-up? Do you sit home and sulk, or do you move on with a new man like Mary-Kate seems to be doing?

Mary-Kate Olsen doesn’t seem like the type who would stuff her face with ice cream and sob after watching Sleepless in Seattle sixteen times straight, so we were unsurprised to hear that she’s started up a casual flirtation with a new man…and what a man that is! HollywoodLife.com hears that MK is moving on with none other than Gossip Girl star Chace Crawford!

“Mary-Kate has been chatting with Chace [24],” a friend of the diminutive 23-year-old actress tells HollywoodLife.com. “They’re really just talking at the moment, but they’ve definitely been getting close over the last few weeks.”

Although it’s just been confirmed that the funkier Olsen twin had split with boyfriend of two years, artist Nate Lowman, US Weekly is also reporting that MK got up-close and personal with actor Josh Hartnett, 31, at a London party Feb. 21.

At a Universal/BAFTA event, “Josh pinned her up against a wall and started making out with her in a dimly lit corridor” a source tells the magazine, though a rep has denied it.

MK, we so want to be you. Who cares about your ex when you have so many immediate options?

Get More on the Olsen Twins: